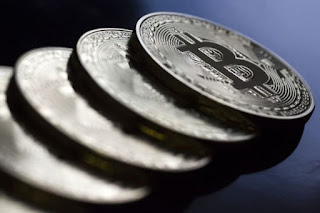 Interest in cryptocurrencies may be surging but there are still notable skeptics out there. Bank of England Governor Andrew Bailey warned cryptocurrency investors that they risk losing all of their money.

“Buy them only if you’re prepared to lose all your money,” he added.

Unsurprisingly, his comments weren’t taken well by crypto enthusiasts. Cryptocurrency entrepreneur and billionaire Cameron Winklevoss tweeted, “People who don’t invest in #Bitcoin should be prepared to lose all of their money due inflation. All central bankers know this. Few understand this.” 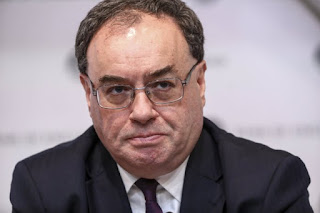 Winklevoss and his brother, Tyler Winklevoss, famously sued Facebook founder Mark Zuckerberg for allegedly stealing their idea for the social media platform. They later founded a cryptocurrency exchange called Gemini. According to Forbes, both are now billionaires – thanks to their investments in bitcoin.

Relatedly, the Bank of England itself along with the UK Treasury are exploring the possibility of introducing a central bank-backed digital currency.

at May 12, 2021
Email ThisBlogThis!Share to TwitterShare to FacebookShare to Pinterest
Labels: All, Bank, Cryto, England, Governor, Investors, lose, May, money, of, That, their, They, Warns