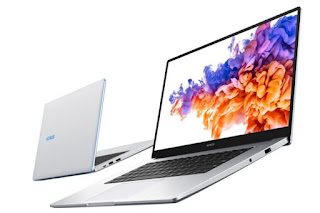 First launched in China alongside the HONOR V40, the brand is now gearing up to release the HONOR MagicBook 15 2021 in Malaysia later this month. The laptop is essentially an upgrade to the 2020 model through the inclusion of the 11th Gen Intel Core processor and the support for Wi-Fi 6.

In Malaysia, the MagicBook 15 2021 is released with only one set of specs which covers the Intel Core i5-1135G7, 16GB DDR4-3200 RAM, and 512GB PCIe NVMe solid state drive. As for its GPU, the Malaysian variant relies on the integrated Intel Iris Xe Graphics. 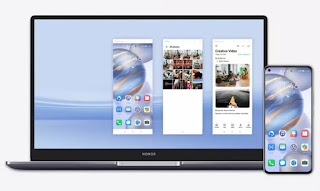 In terms of physical build and design, the MagicBook 15 2021 carries an aluminium chassis with a thickness of 16.9mm. The 1.56kg laptop also offers thin bezels on the three sides of its Full HD IPS screen that allows it to have an 87% screen-to-body ratio.

As per previous MagicBook releases, the new laptop also features an integrated fingerprint scanner inside its power button. Certain NFC-equipped HONOR phones can also take advantage of the MagicBook 15 2021’s Multi-Screen Collaboration feature that enables users to transfer files between both devices as well as control up to three apps directly from the MagicBook.

Price-wise, the HONOR MagicBook 15 2021 can be obtained for RM 3,699 starting from 13 May 2021 onwards. That being said, the laptop is already available for pre-order through Lazada and early adopters of the new laptop will be provided with an HONOR Laptop Backpack and Gift Box as well as a wireless mouse alongside the chance to obtain either HONOR Body Fat Scale, 3-in-1 Travelling Set, or Travel Adapter.
at May 12, 2021
Email ThisBlogThis!Share to TwitterShare to FacebookShare to Pinterest
Labels: 11thGenIntelCoreChip, 2021, ComingSoon, Honor, MagicBook15, Malaysia, to, With