Sega: Lost Judgment Not Coming To PC At This Time 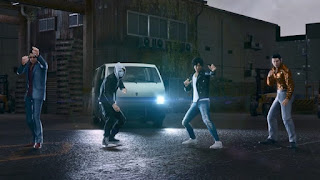 Lost Judgment was announced just recently, and PC was not listed among its launch platforms. Not entirely surprising, since the first game didn’t make its way to PC either. But publisher Sega has confirmed that it won’t be available on PC, at least not for awhile.

Yakuza fan site Tojo Dojo spotted code in the Sega Japan website that suggested that the game was planned to some extent to be on Steam. At the very least, the mention of the Steam logo was found in the page’s code.

But whatever the initial plan was, it looks like it has been changed. In a statement to PC Gamer, a Sega representative said that the company “has no plans to bring Lost Judgment to PC at this time”. And that “at this time’ bit is a bit cruel to fans of the spin-off series.

While it took awhile, but the mainline Yakuza series finally has a strong PC presence. Even the latest entry, Like a Dragon, launched simultaneously on PC and consoles. So it’s a little strange that Judgment series isn’t getting the same treatment. But for whatever it’s worth, Sega did say “at this time”, so things may change in the coming years.

at May 12, 2021
Email ThisBlogThis!Share to TwitterShare to FacebookShare to Pinterest
Labels: At, coming, Judgment, Lost, not, PC, Sega, This, Time, to