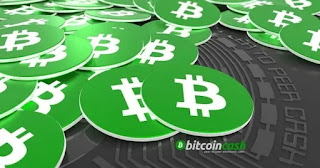 It appears that the Securities Commission (SC) of Malaysia has agreed to give provisional approval for Bitcoin Cash (BCH) in Malaysia. This makes the digital coin the fifth official cryptocurrency that can be traded in the country, alongside Bitcoin, Ethereum, Ripple, and Litecoin.

The revelation of the SC’s decision was made during a live interview session between Chin Wei Min, SC Executive Director for Digital Strategy & Innovation, and Fintech News Malaysia. However, this is something that SC has yet to announce publicly.

Again, the approval is provisional, meaning that there is still a chance that the SC could change its mind on the cryptocurrency. However, if given full approval, the coin will then be available for trading on the three approved crypto exchanges in Malaysia: Luno, SINEGY, and Tokenize.

At the time of writing, the average value of BCH is currently rated around RM3100, while Bitcoin is still sitting above the RM200000 mark, despite having lost 15% of its value earlier this week.

at May 02, 2021
Email ThisBlogThis!Share to TwitterShare to FacebookShare to Pinterest
Labels: 5th, Approved, As, Bitcoin, Cash, Commission, cryptocurrency, from, Gets, Green, Light, Securities