Thailand Plans To Sell Only Electric Vehicles By 2035 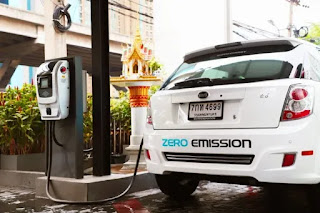 Thailand has set a goal of selling only zero-emission electric vehicles (EVs) by the year 2035. The government also wants to have EVs account for half of all new car registrations by the end of this decade, up from 30% previously.

“We can see the world is heading in that direction so we have to move quickly,” Kawin Thangsupanich, who advises the Thai Energy Ministry’s national policy committee, told Bloomberg in an interview.

With a target date set for the phasing out of non-electric cars, Kawin said the government would now have to push the transition along. This means offering tax incentives, rolling out the necessary infrastructure, and writing regulations that promote EV production as well as incentivising people to buy the cars. 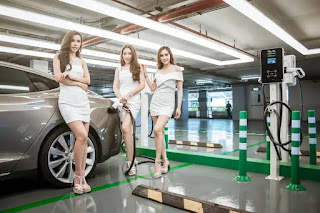 Kawin observed that letting EV adoption occur naturally could take too much time. He linked the country’s ambition to be a major EV production centre to its existing supply chains.

The automotive industry is vital to Thailand at large. According to Bloomberg, it represents about 10% of the economy, employs 850,000 workers, and supports industries like iron, steel, petrochemicals, and plastic. Roughly half of the cars made there are exported to countries like Malaysia, the Philippines, and Indonesia.

Thailand’s probably taking notice of the fact that demand for electric vehicles has surged dramatically in Asia – especially in China. Inspired by Tesla’s success in the country, Chinese tech companies have been tripping over themselves to enter the EV market.

at May 02, 2021
Email ThisBlogThis!Share to TwitterShare to FacebookShare to Pinterest
Labels: 2035, by, Electric, Only, Plans, Sell, Thailand, to, Vehicles