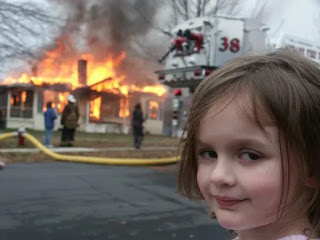 Zoe Roth is a name you’d most likely be unfamiliar with. However, there’s a chance that you’ve seen her face circling around your social media feed numerous times for the past several years as a meme.

No. Not the Karen ones, you silly goose.

Specifically, Roth is none other than the Disaster Girl (shown above). Yes, the famous meme featuring a photo of a young girl smiling sinisterly at the camera while a house is burning down behind her – often followed by clever captions.

Roth, who is now a 21-year-old senior studying at the University of North Carolina at Chapel Hill, had just recently sold the original Disaster Girl photo as a non-fungible token (NFT). The image was auctioned on the Foundation marketplace, where it was then sold to a collector called @3FMusic for a total of 180 Ethereum. At the time of purchase, the Ether was worth roughly US$ 475,000 (~RM 1,945,362) but as of today, it is now valued at a whopping US$ 565,020 (~RM 2,314,040). 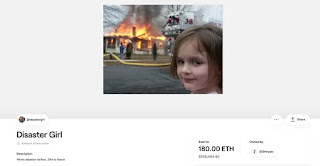 Memes sold as NFTs at jaw-dropping value are actually nothing new. In fact, the beloved Nyan Cat meme auctioned at 300 Ethereum (now valued at US$ 931,908 at the time of writing) back in late February 2021.

“People who are in memes and go viral is one thing, but just the way the internet has held on to my picture and kept it viral, kept it relevant, is so crazy to me,” Roth told the New York Times. “I’m super grateful for the entire experience.” 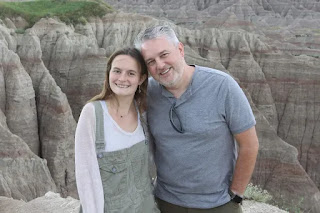 She added that the proceeds from the sale of the Disaster Girl photo will be donated to charities, and will also be used to pay off her student loan. In addition, she added that the NFT is marked with a code that will allow her family to keep the copyright of the image and receive 10% profits from future sales.

Here’s some extra trivia for you. The flaming house in the photo was actually a controlled burn, set by the local firefighters with the intention of clearing the property. Being in the same neighborhood as they were, Dave Roth brought his daughter Zoe, who was four-years-old at the time, to witness the burning from a safe distance. Camera in hand, Dave simply asked his daughter to smile for the camera. And the rest… is history.

at May 07, 2021
Email ThisBlogThis!Share to TwitterShare to FacebookShare to Pinterest
Labels: an, As, Disaster, for, Girl, Meme, NFT, Sold, US$500000