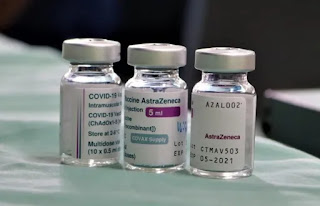 The government will be expanding the distribution of the AstraZeneca (AZ) COVID-19 vaccine to other states in Malaysia, according to the Chairman of the COVID-19 Immunisation Task Force (CITF), Minister Khairy Jamaluddin. This decision was made after the first registration session for Selangor and Kuala Lumpur residents which took place yesterday.

Even though the initial experience was rather unpleasant due to technical difficulties and massive traffic, yesterday’s AZ vaccine registration day was fairly successful as all of the 268,000 available doses were reserved in a span of 3 hours and 12 minutes. 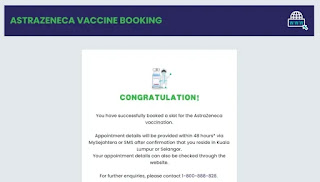 For the nationwide distribution, it will be taking into account individuals that don’t have access to the Internet, as opposed to yesterday’s session for Selangor and Kuala Lumpur which was done completely online through the official website for the Special Committee on the COVID-19 Vaccine Supply (JKJAV).

For this purpose, the authorities will be roping in the Ministry of Health’s Community Clinics to distribute the AZ vaccine which will continue to be offered on a voluntary basis according to Minister Khairy. As for the Sarawak state government who had rejected the offer for the vaccine, the minister hopes that the state will reconsider its decision. 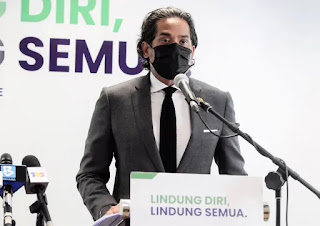 On a related note, Minister Khairy revealed that MySejahtera experienced 8,000 cancellations for vaccine appointment when the government announced the inclusion of the AZ vaccine into PICK. After it found out that the number of cancellations was steadily rising, JKJAV then decided to establish a separate distribution channel for the vaccine.

The minister added that around 80% of those that cancelled their vaccine appointment came back and registered again after the AZ vaccine received its own distribution program. From there, it seems rather clear that vaccine hesitancy is a real issue when it comes to the particular vaccine.

at May 07, 2021
Email ThisBlogThis!Share to TwitterShare to FacebookShare to Pinterest
Labels: AstraZeneca, Distribution, Expand, Goverment, Nationwide, to, Vaccine