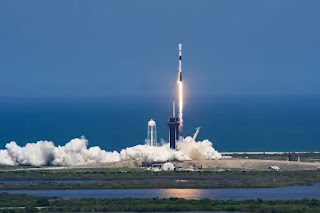 Elon Musk’s aerospace company SpaceX will be launching a dogecoin-funded mission to the moon in the first quarter of next year (Q1 2022).

Called DOGE-1, the mission will involve launching a 40kg cube satellite on a SpaceX Falcon 9 rocket. Canada-based Geometric Energy Corporation (GEC), which paid for the launch in dogecoin, said the satellite would gather lunar-spatial intelligence using onboard sensors and cameras.

“This mission will demonstrate the application of cryptocurrency beyond Earth orbit and set the foundation for interplanetary commerce,” said SpaceX Vice President of Commercial Sales Tom Ochinero, adding “We’re excited to launch DOGE-1 to the Moon!”

GEC said that dogecoin would be used for all lunar business between it and SpaceX, noting that this very transaction proves that the cryptocurrency is sophisticated enough to fully fund a commercial moon mission.

That being said, dogecoin itself lost over a third of its value after Musk recently appeared on US comedy show Saturday Night Live (SNL) and said dogecoin was a “hustle”, the BBC reported.

Relatedly, SpaceX has been contracted by US space agency NASA to build a moon lander for a mission to land the next two American astronauts on the moon. That project is reportedly on hold due to formal objections from SpaceX’s competitors for the bid.

at May 10, 2021
Email ThisBlogThis!Share to TwitterShare to FacebookShare to Pinterest
Labels: Dogecoin-Funded, Elon, Launch, Mission, Moon, Musk, SpaceX, The, to