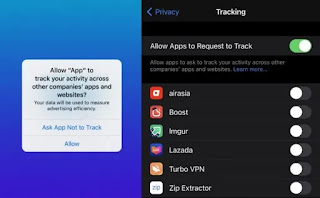 A study by Verizon-owned Flurry Analytics has discovered that the majority of iOS users worldwide have chosen not to enable app tracking. As you may recall, Apple recently rolled out version 14.5 of its operating platform for iPhones which introduces its new App Tracking Transparency (ATT) feature. This enables users to decline certain apps from acquiring their Identifier for Advertisers (IDFA) data to be shared and collected for targeted advertising.

In the study, the analytics firm found that only 12% out of 5.3 million daily active users worldwide allowed app tracking on their devices after the rollout of iOS 14.5. Meanwhile in the US, that number is reported to be only 4% out of 2.5 million users. Additionally, only 5% and 3% of users worldwide and in the US respectively have set up their app tracking preferences to Restricted in their device settings, Flurry Analytics said. 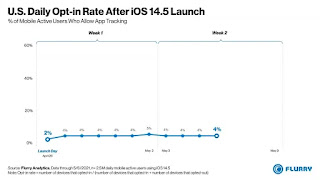 At this current time, the numbers are definitely not in favour of certain companies such as Facebook and its numerous subsidiaries. As previously reported, the social media giant has been aggressively campaigning against Apple’s implementation of its ATT feature, while championing itself to protect the sustainability of small businesses which relies heavily on Facebook’s services. So much so that it even went as far as warning its users of the possibility of charging for its social media services, should they continue to deny apps to access their data.

Perhaps the more drastic consequences are the upcoming restrictions that will befall users of Facebook’s private messaging service WhatsApp. To quickly recap; should users (on both iOS and Android) refuse to accept its new privacy policy by 15 May 2021, the service will remove certain functions such as messaging and calling via the app, and will also eventually delete accounts that are inactive over 120 days. 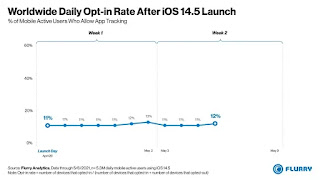 However, WhatsApp recently updated its Security and Privacy page, noting that no accounts will be deleted nor would it completely remove functions from users who have not accepted its policy after the deadline hits. Instead, the platform now states that it will allow them to continue using the entirety of its services for a couple of weeks, but with a Hail Mary of persistent reminders to have users reconsider accepting the changes. Once the unspecified period has exceeded, WhatsApp will then gradually limit its services for another couple of weeks and will remove them completely from these users after that. 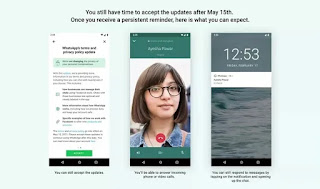 Apple’s new ATT feature has indeed caused a significant impact, and could somewhat be considered as a win for privacy-conscious users. However, as described by Newton’s Third Law of Motion: For every action, there is an equal and opposite reaction. At this time, Facebook’s mulling of charging for its social media services and WhatsApp’s decision to limit and remove functionalities are likely to be just the tip of an inevitable iceberg that’s due for collision.
at May 10, 2021
Email ThisBlogThis!Share to TwitterShare to FacebookShare to Pinterest
Labels: 12-Percent, 14.5, After, Allowed, Analysts, App, Global, iOS, of, Only, Rollout, Tracking, Users