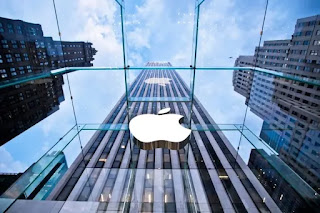 European Commission regulators sided with Spotify, accusing Apple of breaking EU competition law and abusing its monopoly over how music streaming apps are distributed through its app store.

This preliminary finding by EU officials means Apple has 12 weeks to formally respond. If the tech giant doesn’t satisfy regulators, the Associated Press said the company could be fined up to 10% of its annual revenue. Since Apple reported a revenue of US$274.5 billion (~RM1.1 trillion) in its latest financial year, it could be liable to pay a fine of up to US$27.4 billion (~RM112.2 billion).

Regulators zeroed in on both these practices as their key concerns.

Unsurprisingly, Apple lambasted the EU’s position as the “opposite of fair competition.”

“Spotify has become the largest music subscription service in the world, and we’re proud of the role we played in that,” Apple said, according to CNBC. “Once again, they want all the benefits of the App Store but don’t think they should have to pay anything for that.”

Spotify naturally applauded the stance of EU regulators. Relatedly, Epic Games has also filed an antitrust complaint against Apple in the EU, in addition to suing the latter in the US.

at May 03, 2021
Email ThisBlogThis!Share to TwitterShare to FacebookShare to Pinterest
Labels: Accuse, Apple, Breaking, Competition, Dispute, Eu, in, of, Regulators, Rules, Spotify, With