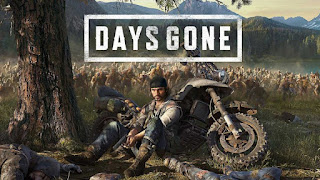 Over the weekend, John Garvin, a leading figure in the production of SIE’s Days Gone, said “if you love a game, buy it at *bleeping* full price”. This was quickly followed up by “don’t complain if a game doesn’t get a sequel if it wasn’t supported at launch”. He said this on David Jaffe’s YouTube podcast, on the subject of Days Gone seeing more engagement following its availability on PS Plus this month.
This is countered, sort of, a little later when Jaffe brought up the movies Austin Powers and Pitch Perfect. They didn’t do well in theatres, but later exploded when they became available on DVD, which then spawned sequels. You can watch this exchange at around the 2:42:00 mark of the video in question.

But getting back to the point of buying games at full price. Sure, it’s pretty much the best way you can tell developers of a game you like that they’ve done a great job. And it would be nice to be able to do that without getting ripped off. But the reality remains that it’s not that simple.

The argument against buying games at full price

There’s a good enough scenario to not buy games at full price, and that is if it launched in a messy state. And there’s no better example today than Cyberpunk 2077.

Even its refund situation was messy, never mind the game itself. Not to mention that the game had already received a discount or two in a prior Steam sale. Days Gone was in a similar situation too, at least during its review cycle. Now that the game is making its way to PC, it remains to be seen if history will repeat itself. 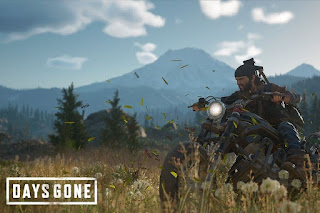 Then there are other reasons to not pay full price for a game. One is if it’s not your kind of game anyway, and you’re just looking to kill time. This may be because you’ve been cooped up indoors for too long in the past year or something. And obviously don’t buy a game at full price if you can’t afford to. That last one, in particular, really goes without saying.

Of course, there will come a time when it is indeed a good idea to buy a game at full price. But that’s still after you’ve gotten a fairly good idea of what you’re getting into. This means no day-one, no pre-orders, and most importantly, no buyers remorse at the end of the process.

No day-one, no pre-orders, no buyer’s remorse

Which reminds me of Star Citizen, actually. It’s amazing in its own way that people are willing to shell out the kind of money that the game is asking for. As for the game’s development (which is now entering its 10th year), it looks to be going along at its own pace. That being said, the process seems to be plagued with what looks like perpetual feature creep, with no end in sight. But that’s a topic for another day.

Naturally, the comment caused an understandable amount of online chatter that Garvin had to clarify what he said on Twitter. Though in all honesty, it doesn’t really help. Especially spicy is his disingenuous bit about “More power to you. Just don’t buy it on sale a year later, discover you love it, then wonder why a sequel never got made”.

And it’s also a little strange that the consumers are being put in the line of fire, when they have no power over what happens to games. After all, they’re not the one that decides that games should be pushed out before all the bugs are squashed. They’re also not the ones that get to decide if a game gets a sequel or not, regardless of if it sells well or not.

It’s probably also worth pointing out that Garvin also mentioned piracy. This horse has been beaten so many times, the carcass has shifted from the stable to the glue factory. No one but pirates condone piracy, but not every instance of piracy equals a lost sale.

As video game critic Josh Bycer said, if someone wants to pirate a title, they just wouldn’t pay for it. A title can go from launch to out of sale and a pirate still won’t hand over money for it. Minecraft creator Notch, as well as Daredevil comics writer Mark Waid, also have their own take on why piracy does not equal lost sales.

All in all, be an informed gamer. Don’t get pressured into paying full price for a buggy game just because it’s got strong sequel potential. Especially with our currency being so much weaker to the US dollar, and each game is like 25% of the local minimum wage.

at May 02, 2021
Email ThisBlogThis!Share to TwitterShare to FacebookShare to Pinterest
Labels: At, buying, Caveats, Full, Games, Important, Price, to, Video