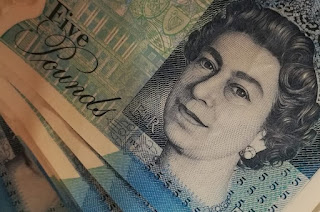 The UK Chancellor of the Exchequer Rishi Sunak announced a joint task force between the country’s Treasury and the Bank of England (BoE) to explore the possibility of introducing a digital currency backed by the central bank.
Such a currency could possibly enable businesses and consumers to bypass commercial banks when making payments and hold accounts directly with the central bank, Reuters said. However, the UK government and the BoE did note that they haven’t yet decided on whether to introduce a CBDC (Central Bank Digital Currency) in the country.

They emphasised that, while a CBDC would be a new form of money, it would exist alongside cash and bank deposits, rather than replacing them. Despite that, it didn’t stop Rishi from tweeting this: 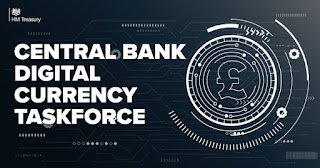 The announcement is rather interesting given how the BoE’s Governor Andrew Bailey has previously criticised bitcoin for being an unstable store of value and an inefficient way to make transactions. Meanwhile, England is far from the only country that is exploring digital currency as when it comes to CBDC, China is seen to be ahead of the curve.

Its central bank has already launched pilot projects across the country which allow people to test digital yuan. In fact, authorities are even working on allowing foreign athletes and visitors to try the digital currency during the upcoming Beijing Winter Olympics in 2022, according to CNBC.

at May 01, 2021
Email ThisBlogThis!Share to TwitterShare to FacebookShare to Pinterest
Labels: Begins, Britcoin, Currency, Digital, Establishing, Explore, of, Possibility, The, to, UK