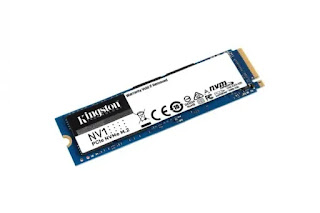 Specs-wise, the NV1 features relatively lower sequential read and write speeds at 2100MB/s and 1700MB/s, respectively and made for the PCIe 3.0 interface. In addition, this new M.2 2280 NVMe SSD is available in three storage configuration: 500GB, 1TB, and 2TB. Regardless of capacity, all three SKUs will run at the established speeds out of the box. 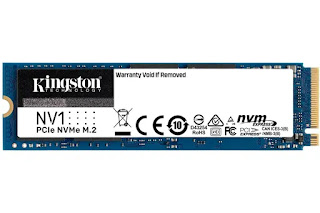 As we said, while those speeds aren’t as blindingly fast as other PCIe 3.0 SSDs, Kingston isn’t targeting the NV1 towards consumers that demand high-speed and high-performance. Rather, the brand says that its new SSD would better suited for laptops or small form factor PC; provided that the motherboard of the latter is adequately equipped with the necessary M.2 slot and supports the PCIe 3.0.

At the very least. Likewise, Kingston has hinted at the NV1 being utilized as an external storage unit, provided that one has the appropriate enclosure.

The Kingston NV1 is available starting today in Malaysia, with prices starting at RM269 for 500GB, RM489 for 1TB, and RM 939 for the 2TB version. All three models come with a limited 3-year warranty.

at May 10, 2021
Email ThisBlogThis!Share to TwitterShare to FacebookShare to Pinterest
Labels: Announces, from, Kingston, New, NV1, NVMe, Rm269, SSD, Starts