PS5 To Get Hardware Redesign; Production To Start In 2022 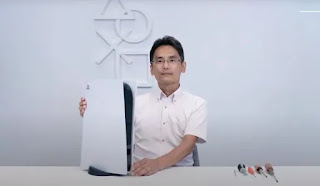 It looks like the PS5 may be getting a slight upgrade in a year or two. But so far, it looks like it’s not as major as going from the PS4 to the PS4 Pro. Instead, it may be something like the new, improved battery life version of the Nintendo Switch instead.

Taiwanese website DigiTimes reports that the PS5 will be getting a hardware redesign. Emphasis on the hardware part, going from a 7nm CPU to a 6nm one. The company may have preferred to use 5nm, but ultimately decided against it because it’s too expensive to do so.

This supposed hardware redesign will enter production in 2022. Which may mean that the improved PS5 consoles will only see the light of day very late that year at its earliest, or in 2023. It’s unknown what sort of performance increase that can be expected from this redesign. But the usual suspects are a slight performance increase, and maybe better power efficiency.

Though on the outside, the console is not expected to get any significant cosmetic makeover. Overall, it’s probably safe to expect the same minimal fanfare that the improved Switch saw. Which is to say none at all besides maybe a way to identify which one you’re getting if you haven’t already gotten a PS5.

at May 10, 2021
Email ThisBlogThis!Share to TwitterShare to FacebookShare to Pinterest
Labels: 2022, Get, Hardware, in, Production, PS5, redesign, Start, to