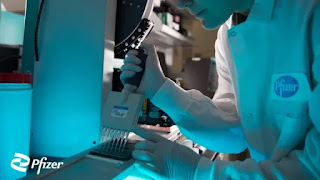 Pfizer’s new oral antiviral treatment for COVID-19 could be made available by the end of this year according to its Chairman and CEO, Albert Bourla. The American pharma company has already begun the Phase 1 trial for the antiviral treatment in the United States since early this year.

Speaking to CNBC’s Squawk Box, Albert pointed out that the oral medication which is currently being designated as antiviral candidate PF-07321332 could be used at home. This is unlike the traditional vaccine injection which needs to be administered at a hospital or a specially designated location. 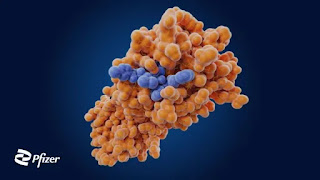 Pfizer has previously noted that the new oral antiviral medication is essentially a protease inhibitor which is a type of drug that has also been used to treat HIV and hepatitis C virus. Designed to stop the SARS-CoV-2 virus from replicating itself, research has shown that the new medication not only has the potential to be used as COVID-19 treatment but also for future coronaviruses.

When asked whether the Malaysian government will procure the new COVID-19 antiviral pill from Pfizer, Minister Khairy Jamaluddin who is the coordinator of the National COVID-19 Immunisation Programme said during the COVID-19 Immunisation Task Force’s media session yesterday that the government is constantly evaluating all new vaccine candidates. But for now, Malaysia already has enough vaccine to cover 110% of its population according to the minister.

at May 07, 2021
Email ThisBlogThis!Share to TwitterShare to FacebookShare to Pinterest
Labels: Antiviral, Be, by, Could, Covid-19, End, of, Pfizer, Pill, Ready, This, Year