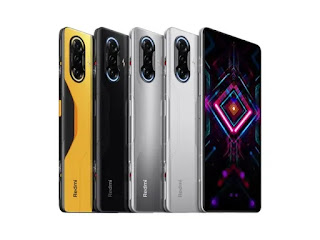 Redmi has officially launched the latest entry to the K40 flagship series in China, which also happens to be the brand’s first ever gaming smartphone. Known specifically as the K40 Gaming Edition, the new smartphone offers top-notch performance, unique features such as pop-up shoulder buttons, accent lighting, and more.

The new Redmi-branded gaming smartphone comes with a large 6.67-inch Full HD+ AMOLED display with a resolution of 1080 x 2400px, HDR10+ support, 120Hz refresh rate, and 480Hz touch sampling rate. Housed within the punch-hole cutout on the top of the screen is a 16MP selfie camera. One notable feature that fans would highly appreciate is the fact that its body also sports dust and water resistance with a rating of IP53. 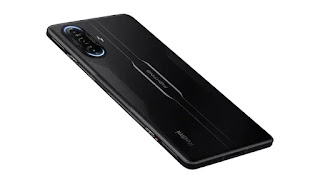 Hardware-wise, under the hood of the phone is a MediaTek Dimensity 1200 chipset – making it the only K40 variant to not feature a flagship Snapdragon processor. Along with it is a RAM configuration that is offered up to 12GB and storage of up to 256GB of UFS 3.1. Ensuring that the internal hardware is kept at optimal temperature is Redmi’s LiquidCool vapor chamber technology which features white graphene to greatly reduce heat dissipation. Keeping the device powered up is a large 5,065mAh battery, which also comes with Xiaomi’s 67W fast charging capability via USB-C. 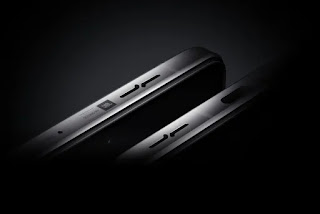 Besides that, the gaming smartphone features a side-mounted fingerprint scanner, dual JBL tuned speakers with Dolby Atmos support, and a triple microphone setup for regular and video calls. As mentioned earlier, the K40 Gaming Edition also comes with shoulder triggers that pop-up when the user flips the dedicated slider switches on the top and bottom of its right side. Doing this would also activate the bracket lights around the phone’s rear camera island, which is kind of cool. 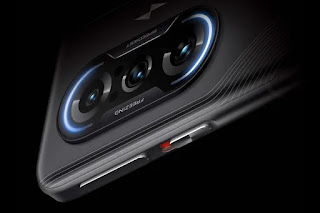 Speaking of which, housed within the aforementioned island is a triple camera setup consisting of a 64MP primary sensor with an f/1.65 aperture lens, an 8MP ultra-wide, and a 2MP macro. Other than the bracket lights, the Redmi K40 Gaming Edition features a sleek metallic rear panel with line design elements that is offered in Black, Silver, and White colors. 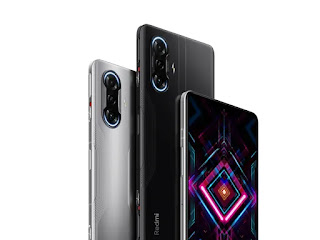 A more attractive two-toned yellow and black version of the phone also exists, marketed as the Bruce Lee Special Edition. We have no idea how mobile gaming is correlated to the legendary martial artist and actor, but hey… it’s Bruce Lee. And that’s awesome enough. 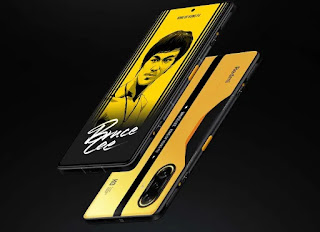