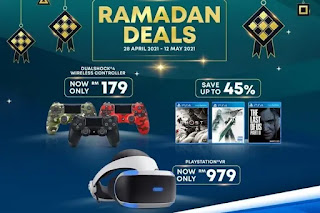 Sony Interactive Entertainment has announced its PlayStation Ramadan Deals. In addition to discounted hardware like controllers, this sees the discounts going to even the PS VR headset, as well as physical copies of games.

According to the list sent out by SIE, you can get the following deals from PlayStation Authorised Dealers: 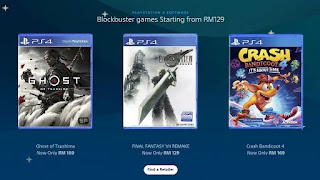 Beyond physical items, SIE also has discounts for digital copies of games on the PlayStation Store. Discounts here also go all the way up to 80%. Both of these sets of discounts are in effect starting today, 28 April until 12 May.

If you don’t already have a PS Plus subscription, you can also get a year’s subscription for RM127, which is 20% off the usual price. Though this offer is shorter than the ones mentioned above, ending on 5 May instead. But if yours is expiring, there should be little reason to not get it, considering the free games you get every month.