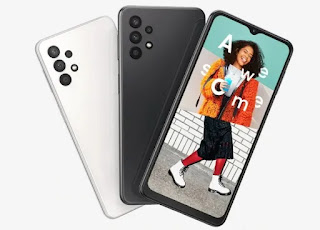 Unpacked to the world for the first time last month, the Samsung Galaxy A Series 2021 are now readily available in Malaysia. As you may hear, these new devices aim to bring awesome to everyone. So, rest assured that the Galaxy A32 and Galaxy A32 5G are infused with the same spirit as well.

Ok, we know what you are thinking: bringing awesome to everyone is a bold promise and how a pair of sub-RM 1,200 devices can do that? Well, you could be astounded once you get a closer look at these newly launched phones. 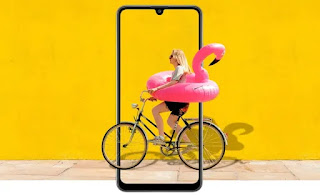 Despite being the most junior members of the 2021 Galaxy A Series, both phones are equipped with a large display for your viewing enjoyment. Specifically, the Galaxy A32 comes with a 6.4-inch Infinity-U screen that also features a Super AMOLED panel which has vibrant and vivid output.

Not only that, Galaxy A32’s screen also has a refresh rate of 90Hz that allows for smoother browsing and gaming experience. On another hand, the Galaxy A32 5G carries a much larger 6.5-inch Infinity-V display that could provide a more immersive experience when you’re enjoying your favourite contents. 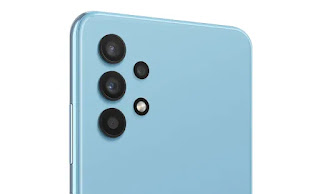 For those that are interested in mobile photography, the 2021 Galaxy A Series carries plenty of tools that they can use to express themselves or help capture the best moment of their day. Things are no different for the Galaxy A32 and Galaxy A32 5G as both phones are equipped with an advanced quad camera setup.

On the Galaxy A32, you can rely on its 64MP main camera to deliver high-resolution image at every snap. The new phone also comes with an ultra-wide 8MP camera that helps provide additional perspective whenever the situation calls for it alongside a 5MP macro camera to capture those mesmerising close-up imageries and a 5MP depth camera for beautiful portrait shots.

As for the Galaxy A32 5G, its equally capable 48MP camera comes with 4K video recording capability which would allow you to craft your creation in ultra high-definition. Once the 5G network goes live in Malaysia later this year, you can then take advantage of its ultra-fast speed and get your 4K videos up online in no time. 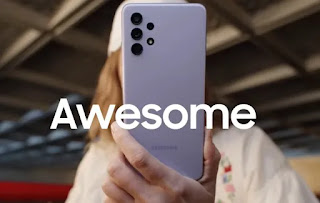 Security has always been an integral part of Samsung Galaxy devices and this applies to the 2021 Galaxy A Series devices too. Yup, even for wallet-friendly models such as the Galaxy A32 and Galaxy A32 5G which are still being protected by Samsung Knox security platform just like their high-end Galaxy S and Galaxy Note flagship-class siblings.

What we have just listed above is just a fraction of what Galaxy A32 and Galaxy A32 5G have in store for you. Clearly, each model has its own strengths but nevertheless, both of these new 2021 Galaxy A Series phones still have the same mission: to bring awesome to everyone. 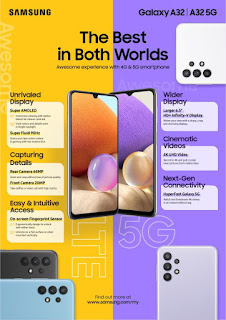 More importantly, don’t let their price tag elude you from seeing their awesomeness. The Galaxy A32 is now available in Malaysia for RM 1,099 while the Galaxy A32 5G can be obtained for RM 1,199.

Each purchase of these fresh new releases will also be accompanied by a free Samsung Soft Clear Cover. However, don’t take too long though as this offer will end on 30 April! 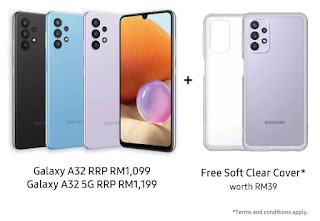 Alternatively, you can also just visit the nearest Samsung Experience Stores. This way, you can immediately have a hands-on encounter with them alongside on-location Samsung experts that can answer any questions that you may have about Galaxy A32 or Galaxy A32 5G right away.

at May 02, 2021
Email ThisBlogThis!Share to TwitterShare to FacebookShare to Pinterest
Labels: 5g, A32, and, Awesome, Equally, Galaxy, Samsung, TwoWorlds