Samsung Galaxy A52 5G Now Available In Malaysia At RM 1899 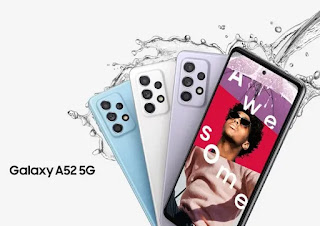 Samsung has announced that the 5G variant of its Galaxy A52 smartphone is now available in Malaysia, about a month after the debut of the original. The newer model mostly shares similar hardware and camera specifications as its non-5G sibling, save for two components: it’s chipset and display.

Enabling 5G connectivity on the device is an octa-core Snapdragon 750G SoC, which is a slight bump over the 720G processor on the vanilla Galaxy A52. Naturally, the chip comes with a more recent GPU module for graphics rendering as well, namely the Adreno 619. 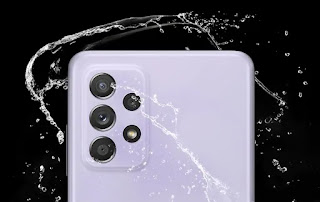 Featured as its display is a Gorilla Glass 5 protected 6.5-inch FHD+ Super AMOLED screen, with a resolution of 1080 x 2400 px and an under-display fingerprint scanner. Exclusive to this variant of the phone is its faster 120Hz refresh rate, as opposed to the original’s 90Hz-only display. 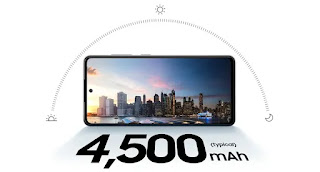 The Samsung Galaxy A52 5G is also offered in a single memory configuration – specifically, 8GB of RAM and 256GB of internal storage (expandable to 1TB via microSD). Other features include a battery capacity of 4,500mAh with 25W fast charging support via USB-C, Bluetooth 5.0 and NFC connectivity, stereo speakers, a 3.5mm headphone jack, and also an IP67 rating for dust and water resistance. 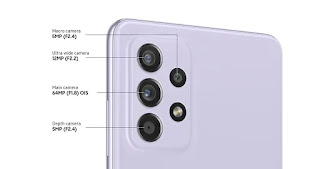 Photography-wise, on the back of the phone is the same quad camera array as the non-5G Galaxy A52. Leading the charge is a OIS-equipped 64MP main camera, which is accompanied by a 12MP ultra-wide, 5MP macro, and a 5MP depth sensor. Housed in the punch-hole cutout on its display is a 32MP selfie camera. 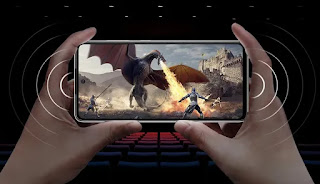 The Samsung Galaxy A52 5G is available for purchase starting today via the brand’s Experience Stores, official e-store, and authorised dealers nationwide. It is priced at RM1,899, and is offered in four different colour choices: Awesome Violet, Awesome Blue, Awesome Black, and Awesome White. For your reference, the non-5G variant with the same memory configuration launched at RM1,499.
at May 10, 2021
Email ThisBlogThis!Share to TwitterShare to FacebookShare to Pinterest
Labels: 5g, A52, At, Available, Galaxy, in, Malaysia, Now, RM1899, Samsung