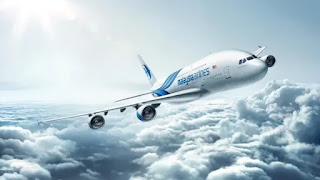 Malaysia Airlines will be retiring its Airbus A380 fleet in the coming months, according to a report by Reuters. In a statement by Malaysia Aviation Group (MAG) CEO Captain Izham Ismail, the group’s management is convinced that the aircraft “doesn’t fit” with its newly announced Long Term Business Plan 2.0 (LTBP 2.0) – a five-year plan (2021 – 2025) that is set to transform MAG into Asia’s leading travel and aviation services company.

“We are cognizant of the challenges to sell this aeroplane, but we are still looking at ways and means to dispose of our 380 fleet,” he commented. Aside from opting to sell all six of MAG’s A380 double decker jumbo jets, Izham initially assigned them to the group’s subsidiary brand Amal. For those unfamiliar, Amal offers scheduled and charter services to Jeddah and Madinah from Kuala Lumpur for both Hajj and Umrah pilgrimages.

Airlines retiring Airbus’ A380 models isn’t something uncommon. This is mainly due to the aircraft being a VLA (very large aircraft) that aptly supports a large passenger capacity – a niche that has been rarely utilised by airline companies even before the beginning of the COVID-19 pandemic. Furthermore, ever since the mid-2010s, its role was already effectively taken over by newer widebody twin jets such as the Boeing 777X and Airbus A350, which offer similar range and greater fuel efficiency. 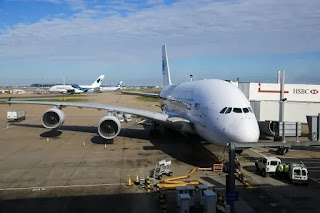 Aside from Emirates and a handful of others, most airlines have opted to ground their Airbus A380 aircrafts. According to website Simple Flying, some of these planes were flown to a long term storage facility in Teruel, Spain. The publication added that only three A380s have been fully dismantled for parts and other resources.

That being said, the fate of Malaysia Airlines’ six A380 jumbo jets are not known at this time. Prior to the announcement, at least one aircraft from the fleet was converted to transport air freight under its sister company MASkargo. 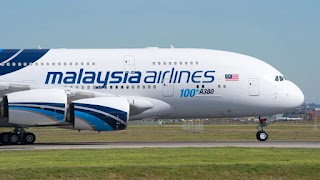 Meanwhile, Captain Izham Ismail also noted in the same Reuters report that the group will accept fully updated Boeing 737 MAX deliveries from 2024 or possibility earlier. MAG is expected to have 83 aircrafts in total by 2025, in line with its LTBP 2.0 plan – with hopes of breaking-even financially and be cash productive by 2023.
at May 10, 2021
Email ThisBlogThis!Share to TwitterShare to FacebookShare to Pinterest
Labels: A380, Airbus, Airlines, coming, Fleet, in, its, Malaysia, months, Retire, The, to