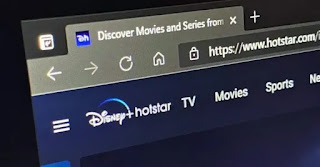 For the longest time, Malaysian users that have tried to visit Disney+ official website would be redirected to a placeholder page where they can register their interest for the streaming service. Things have changed though as the Disney+ web address now redirects users to a different site. 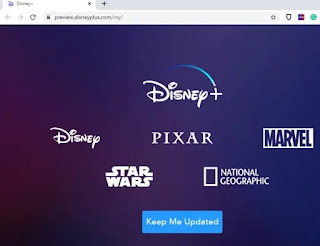 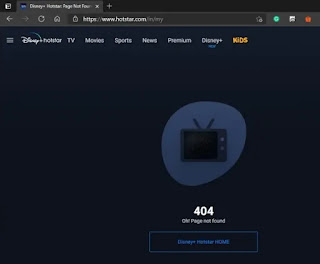 However, that address currently brings users to Disney+ Hotstar India (hotstar.com/in/my) instead. Furthermore, that specific section would return a 404 error as you can see from the screenshot above.

So, there is still no Disney+ Hostar Malaysia at the moment but we still deem that the sudden URL redirection is yet another huge sign indicating that the service is coming to Malaysia soon. Before this, we have seen its social media pages as well as the specific Malaysian user interface within the Disney+ Hotstar app. 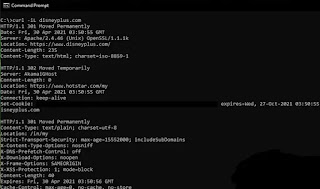 Not to forget, Disney has also recently confirmed that it is shutting down the majority of its TV channels in Southeast Asia in order to focus on its streaming service. For what it’s worth, we believe that it is just a matter of time before Disney+ or Disney+ Hotstar make its debut in Malaysia.
at May 10, 2021
Email ThisBlogThis!Share to TwitterShare to FacebookShare to Pinterest
Labels: Address, Disney+Hotstar, Disney+Web, Malaysian, Now, Redirecrts, to, Users, Website