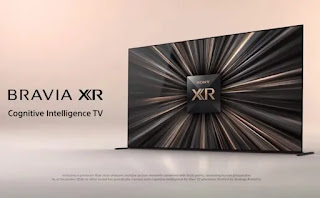 First introduced to the world back in January, Sony has recently announced the arrival of Bravia XR TVs in Malaysia. What’s interesting about the Bravia XR is that it is not a specific series of TV per se but instead, it is a group of TVs across several different panel and backlight methods that feature the company’s new technology called Cognitive Processor XR.
Sony claimed that the technology mimics how humans perceive the world which is by processing information from our eyes and ears at the same time. Cognitive Processor XR apparently divided the screen into hundreds of zones and then cross-analysed elements within the pictures including focal points to provide the best outcome to viewers.

Each Bravia XR TVs have also been pre-installed with Google TV user interface on top of their Android TV operating system. They also come with several platform-specific display presets including Netflix Calibrated Mode and IMAX Enhanced alongside support for Dolby Vision and Dolby Atmos contents.

All Bravia XR TVs are also Carman Ready which means content creators can easily calibrate them with Calman colour calibration software. These TVs also come with HDMI 2.1 as standard which allows gamers to enjoy 4K gaming with frame rates of up to 120fps alongside access to features such as Variable Refresh Rate, Auto Low Latency Mode, and eARC. 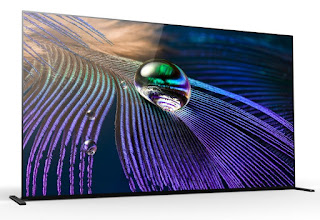 Aside from that, there is also the X90J 4K Full Array LED TV that can be obtained with a 65-inch screen for RM 7,599 or the smaller 55-inch variant that goes for RM 5,399. Sony has also noted that three are more Bravia XR models that are coming to Malaysia at a later date including the 85-inch Master Series Z9J 8K Full Array LED TV, a 77-inch option for A80J, and the 75-inch variant of X90J.

at May 23, 2021
Email ThisBlogThis!Share to TwitterShare to FacebookShare to Pinterest
Labels: Bravia, from, in, Malaysia, Now, Price, RM5399, Sony, Starts, Tvs, XR