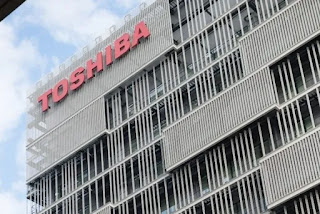 Toshiba is currently looking into what it has deemed to be a potential cyberattack on its European business. Moreover, it appears that the attack came just as the Japanese corporation announced that it would undergo a strategic review after it dismissed a US$20 billion (~RM82.5 billion) buyout.
The actors in the cyberattack are members of DarkSide. If that name sounds familiar, that’s because it is the same group that hacked into the digital infrastructure of the US Colonial Pipeline, to which the company running it paid a ransom of approximately US$5 million (~RM20.6 million) in cryptocurrency. On that note, DarkSide has already released a statement on the Dark Web, claiming full responsibility for the attack.

That said, it is believed that DarkSide does seem to have some code of ethics; unlike other hacker groups, the collective doesn’t seem to target certain infrastructures, including hospitals, schools, or government agencies.

at May 17, 2021
Email ThisBlogThis!Share to TwitterShare to FacebookShare to Pinterest
Labels: Alleged, Business, Cyberattack, European, Investigating, on, Toshiba