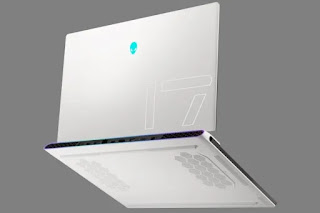 Over the years, the gaming laptop industry has been trying to shed the typical bulky and thick image that is being associated with a gaming laptop. For Alienware, the brand managed to deliver that with its current generation of the M-Series releases to a certain extent but not at the level of the upcoming Alienware X-Series.
While Alienware has yet to reveal how thin its new X-Series laptop is going to be, the teaser images and videos that Alienware has published so far clearly backing up its claim that the new model is going to be the thinnest Alienware gaming laptop to date.

One of the initial details that the brand has released regarding its new X-Series laptop is that it will feature a new thermal interface material (TIM) called Element 31. Said to be made from a gallium-silicon matrix, the material apparently has a much higher thermal performance compared to other TIM that Alienware has used before.

Other than that, the X-Series laptop will also mark the debut of the patent-pending Alienware Quad Fan solution. Aside from featuring a noticeable amount of heat pipes, the solution also utilises two sets of evacuative and outlet fans to move heat out of the ultra-thin gaming laptop. 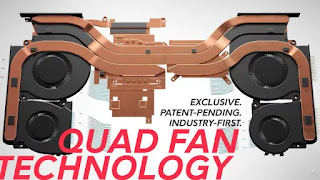 While this was not explicitly mentioned by Alienware in its teaser video, you should be able to notice the number “17” on its lid which signifies its screen size just like the existing M-Series laptops. In case it is not obvious enough, what you’re looking here is essentially the brand-new Alienware x17.

Other than that, we have also been informed by Dell that the company is planning to release the x17 into Malaysia by mid-June. The base model will carry an 11th-Gen Intel Core i7 H-Series chip, Full HD display, 16GB of RAM, 512GB solid state drive, and NVIDIA GeForce RTX 3060 as well as a rather hefty RM 10,999 price tag. 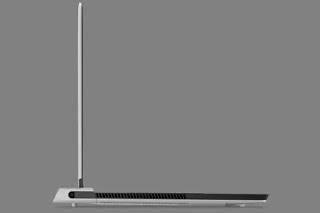 Meanwhile, expect to hear further updates regarding the new ultra-thin gaming laptop in a few weeks time as Alienware is planning to reveal more information regarding its new x17 ultra-thin gaming laptop on 1 June via its Twitch channel.
at May 17, 2021
Email ThisBlogThis!Share to TwitterShare to FacebookShare to Pinterest
Labels: Alienware, Brand's, coming, Date, Gaming, is, Laptop, Malaysia, Soon, The, Thinnest, to, X-series