China’s E-Hailing Giant DiDi Files For IPO; Valuation Could Double That Of Grab 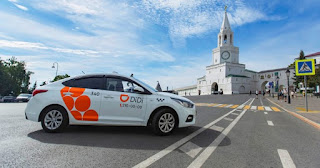 China’s largest e-hailing company, Didi Chuxing, has filed to be publicly listed in the US through an IPO (initial public offering) that could be the biggest this year. Indeed, the firm could end up with a valuation that is more than double that of Grab – the Southeast Asian giant that we’re all more familiar with.
Sources previously told Reuters that the IPO could aim for a valuation close to US$100 billion (~RM410.8 billion). And according to a Bloomberg report in April, the company was looking into a valuation of as much as US$70 billion (~RM287.6 billion) to US$100 billion. That would easily beat Alibaba’s US$25 billion (~RM102.7 billion) IPO in 2014 – the largest achieved by a Chinese company listing in the US. 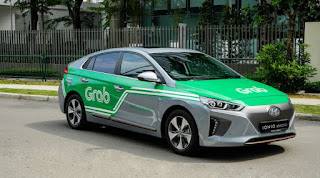 As a comparison, Grab is going public in a SPAC deal worth US$39.6 billion (RM 163.7 billion) – the largest of its kind on record. For more information on what SPACs and IPOs are, you can refer to this piece. Of course, it’s worth mentioning that Didi has a substantially larger pool of potential customers (China, etc.) than Grab (Southeast Asia).

According to Reuters, Didi CEO Cheng Wei said last year that the company wants to have 800 million monthly active users worldwide and complete 100 million orders a day by 2022 – this includes e-hailing, bike and food delivery orders.

Grab, on the other hand, often touts the total population of Southeast Asia (currently 650 million) as its potential customers. As you can see, the difference is pretty staggering.

at June 25, 2021
Email ThisBlogThis!Share to TwitterShare to FacebookShare to Pinterest
Labels: China’s, Could, DiDi, Double, E-hailing, Files, for, Giant, Grab, IPO, of, That, Valuation