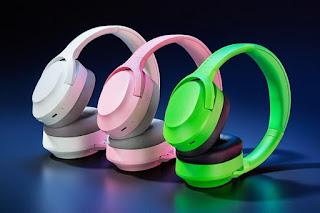 Razer first announced the Opus wireless headphones back in May last year. Now, the company is following up with the Razer Opus X. It’s got brighter, punchier colours, but probably more importantly, it has a smaller price tag.
As the name suggests, the Razer Opus X is quite similar to the base model. One notable difference here is the lack of the traditional wired connection via a 3.5mm audio jack. To make up for it, the company says that there’s a 60ms low latency mode that you can turn on. Also making up for the lost feature are a pair of microphones that you can use for voice chats or a good old phone call. 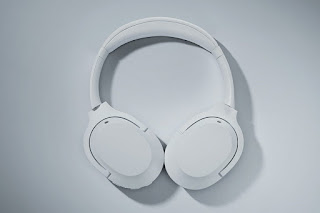 Beyond that, the Opus X sports the familiar 40mm drivers from the base model. It also runs Bluetooth 5.0 for its wireless tech. And it has very marginally shorter battery life with ANC on, rated at 30 hours as opposed to 32. With it off, it has the same 40 hour playback time.

To round it all off, the Razer Opus X comes in Mercury White, Quartz Pink, and its signature Razer Green. And accompanying it is a price tag of RM549. Razer says that its signature colour is only available via its online store.

at June 25, 2021
Email ThisBlogThis!Share to TwitterShare to FacebookShare to Pinterest
Labels: A, and, Brighter, Colours, Comes, OpusX, Razer, RM549 Price, Tag, With