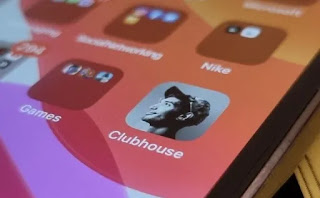 Clubhouse was just open to more Android users, albeit still in beta just earlier last month. But it looks like the app is on its way to being available to everyone. In an announcement, the company says that it is heading for a general release “sometime in summer”.
The announcement came via a town hall meet within Clubhouse itself. In a recap posted on Twitter, the company also says that it is getting closer to feature parity between Android and iOS platforms. Also announced is quite the milestone for the app, as it now has over two million users on Android.
It’s probably safe to assume that Clubhouse will only become available to the general public once it reaches that feature parity. From the tweet, it sounds like it’s still a few updates away. And the window of summer is a very large one. For us without four seasons, this range starts from the end of June, going all the way to the end of September.

Of course, while it may be the one to popularise the idea of a voice only communication, Clubhouse is not the only one anymore. Other social media companies have begun working on their own version of the feature.

at June 01, 2021
Email ThisBlogThis!Share to TwitterShare to FacebookShare to Pinterest
Labels: Clubhouse, for, General, Heading, in, Release, Summer