Diablo 2: Resurrected To Release On 23 September 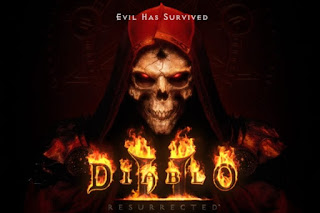 Blizzard confirmed the existence of Diablo 2: Resurrected back in February this year. It is to be a remaster of the game that defined a generation of gamers. Now, the title has a release date. And at the same time, the publisher has announced what exactly the remaster will entail.
Among the things you can expect from Diablo 2: Resurrected includes the expected 4K resolution and 600 fps gameplay. Sound has been given a touch up too, being remastered with 7.1 Dolby Surround audio.

In terms of gameplay, the only thing that Blizzard noted that has been changed are the quality-of-life improvements. One example is the larger stash. For those who want to see the change in graphics between the original and the remaster on the fly, the option is there too. And this is done with a single button press.

The game is also available for pre-order. Those who do will be able to access its multiplayer open beta in August. During which five of the seven classes – Amazon, Barbarian, Paladin, Sorceress and Druid – will be available. Not sure if you can muck about with your old save file during this period.

at June 20, 2021
Email ThisBlogThis!Share to TwitterShare to FacebookShare to Pinterest
Labels: 23September, Diablo2, on, Release, Resurrected, to