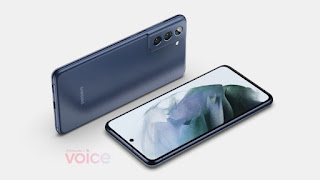 South Korean news outlet ETNews published a report on Sunday revealing that Samsung has delayed the production of its unannounced Galaxy S21 Fan Edition (FE) smartphone due to component shortage. However, the article itself was taken down just hours after without any explanation.
When approached by Bloomberg in regards to the supposed delay, Samsung denied that such decisions were made. “While we cannot discuss details of the unreleased product, nothing has been determined regarding the alleged production suspension,” a spokesperson told the publication.

After ETNews’ now-deleted article was published, industry insiders also shared additional information which seemingly corroborates the rumour. Renowned leakster Ice Universe (responding to WinFuture’s Roland Quandt on Twitter) says that his contacts have confirmed that “something unexpected” has happened to the supply chain, but did not go into further detail. Meanwhile, South Korean insider Ianzuk on Naver hinted that Samsung has delayed the Unpacked Event for the Galaxy S21 FE by a couple of months from its original schedule.

Back to the phone itself, it’s also worth pointing out that Samsung may have unintentionally confirmed the Galaxy S21 FE’s existence in their response to Bloomberg’s query, albeit vaguely. The device, much like the Galaxy S20 FE that was released last year, aims to deliver users a more affordable variant of this year’s flagship by toning down certain hardware or features. Using its predecessor as reference and also unofficial information from earlier leaks, there’s a chance that the Galaxy S21 FE may feature a flat Super AMOLED display instead of Dynamic AMOLED, slower charging speed, and downgraded lenses for its camera setup. 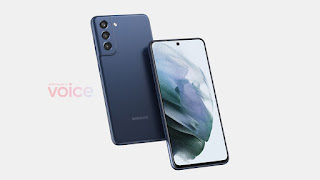 Unfortunately, we’ll only find out its official specs by the time Samsung decides it is ready to announce the new smartphone. Earlier rumours suggested that the upcoming Galaxy S21 Fan Edition is expected to launch sometime in August, although that may no longer be the case if word of its delay turns out to be accurate.
at June 19, 2021
Email ThisBlogThis!Share to TwitterShare to FacebookShare to Pinterest
Labels: Delayed, Denies, Galaxy, of, Production, Rumours, S21FE, Samsung