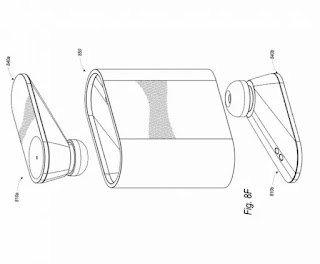 Sonos is a brand that has focused on high-quality portable speakers, top-notch home surround systems, but virtually nothing in the headphones department, despite many calls from fans for the latter. That could change sooner rather than later, though, if a recently discovered patent filing by the brand is anything to go by.
The patent, which filed to the USPTO back in February, was discovered by Zatz Not Funny and contains images and sketches of True Wireless Stereo (TWS) earbuds and its casing. The designs are novel and somewhat unique, to say the least; rather use a conventional lid, the patent shows an oval, cylindrical charging case. With earbuds on each side that pop out and then clip right back in when in need of a charge.

There’s also the design and shape of the earbuds, which are elongated and as pointed out by Tom’s Guide, seem to take a page out of Sony’s own WF-1000XM3 earbuds. 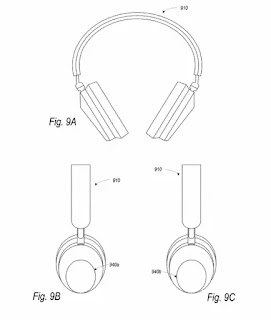 Moving on, the patent filings also show a diagram of what appears to be over-ear headphones, but sadly, it doesn’t show anything else but the sides of the earcups. Beyond that, the only other detail on the headset seems to be how Sonos’ wireless charging technology could be fitted and applied to it.

That said, the possibility of Sonos making over-ear headphones was dispelled, when it launched the Roam in April. On top of that and as we’ve said several times before, patent filings are usually made as a way for brands to protect and slap a copyright protection of sorts on some designs. As such, there’s a likelihood that they may not see the light of day.

at June 10, 2021
Email ThisBlogThis!Share to TwitterShare to FacebookShare to Pinterest
Labels: and, Earbuds, Files, for, Headphones, on, Over-Ear, Patent, SONOS, TWS, USPTO