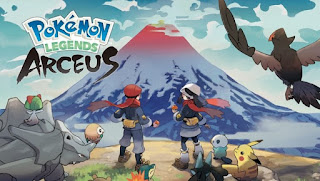 Back in February, Nintendo announced Pokemon Legends Arceus, taking the franchise open world. But back then, the game didn’t have a release date beyond the vague early 2022. Now, the company has announced an exact date as to when the game will be released.
We’ve covered what makes Pokemon Legends Arceus unique among the other games of the franchise. But to quickly recap, beyond taking the franchise open world, it blurs the lines between generations. The game takes place in a feudal version of the fourth generation region, the starters are from generations two, five and seven, and the titular Legendary Pokemon is from generation five.

As mentioned, Nintendo announced the release date of Pokemon Legends Arceus, and that’s on 22 January 2022. Which is pretty great, because it is very early in the vague “early January” window that we got before. Naturally, this is a release for the Nintendo Switch but it’s definitely not the typical Pokemon game release window. 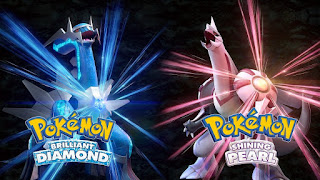 Taking that slot instead will be Pokemon Brilliant Diamond and Shining Pearl. These remakes of the fourth generation games will take place in the same region of Sinnoh. And they will be released in the traditional mid-November window of this year. Specifically, both will be out on 19 November 2021, also for the Nintendo Switch. And like with the eighth generation Sword and Shield, there will be a double pack containing both games.
at June 10, 2021
Email ThisBlogThis!Share to TwitterShare to FacebookShare to Pinterest
Labels: 2022, 28, Arceus, Gets, January, Legends, Pokemon, Release Date