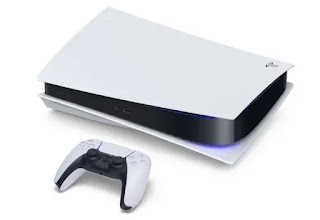 Earlier in the month we saw reports of the PS5 getting a small hardware redesign. Now, official documents referring to something of that nature have appeared. But these documents note a different change to what we heard before.
Business analyst Roberto Serrano shared on Twitter documents registered by Sony to the Peruvian Audits and Sanctions in Communications site. In the documents, the company mentions a new model name for the PS5, the CFI-1115A. And it will be sporting a new wireless module, the AW-XM501. Overall, this means slightly better WiFi coverage by the console on the 5GHz band, but slightly lower for the 2.4GHz band.

This suggests a revision of PS5 is coming sooner or later, already registered on May 23, 2021 https://t.co/KVORHFGAb9 pic.twitter.com/KuyshUAba1

Of course, this is an even smaller change than what we first heard. The report from earlier in the month noted a change in CPU in the PS5 instead. This is not it, and the change in WiFi reception is miniscule, so much so that it may not even be noticeable.

So if you’re waiting for the release of a new PS5 model before buying, this isn’t what you’re waiting for. You’ll probably be better off continuing the hunt for one. It’s either that or waiting for more news on the CPU updated model. But if so, you’ll be waiting for a very long time, as previous reports pegged that model to only enter production next year.