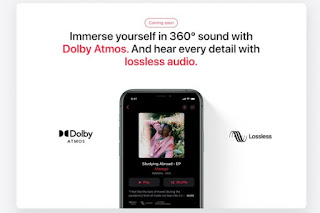 Last night, Apple had announced that the Lossless Audio option will be rolled out to Apple Music alongside Spatial Audio with Dolby Atmos next month. These new features will be provided at no extra cost to subscribers but if you are already looking forward to listening to your favourite song with the new hi-fidelity setting through the service, then you also may have to invest in new headphones.
This is because you need a wired headphone in order to do that. In the age where wireless headphones and true wireless earbuds including Apple’s own AirPods series have become so popular among consumers, this limitation may seem rather irritating.

However, the reason behind this limitation is fairly rudimentary. CD-quality audio has a bitrate of 1411kbps and while Bluetooth has a transmission ceiling rate of around 2000kbps, the actual transmission speed that users are able to get in real life is far lower due to interferences as well as distance between devices. 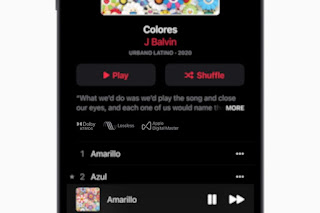 There are indeed some hi-res audio codecs out there that have been optimised for Bluetooth transmissions such as Qualcomm aptX HD and Sony LDAC but even then, their bitrate is still nowhere close to CD-quality audio. As a comparison, aptX HD goes up to 576kbps while LDAC maxed out at 990kbps.

On another hand, Apple has yet to come out with such codecs itself. Furthermore, Apple Music’s Lossless Audio files will be encoded in Apple Lossless Audio Codec (ALAC) which is not supported even by the company’s highest-end wireless headphones, the AirPods Max. 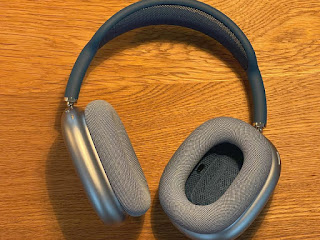 Even though AirPods Max can be used as a wired headphone, it will still not be able to support Apple Music’s new Lossless Audio option. In terms of codecs, the headphone, as well as AirPods Pro, are limited to AAC, in addition to SBC which comes as a standard on any Bluetooth audio device.

Of course, we have also mentioned last night that users who want to push the playback quality even further via the Hi-Res Lossless Audio option need to use external devices such as a USB digital-to-analogue converter in order to make that happen. 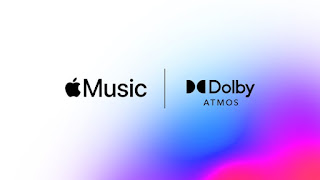 As for the Spatial Audio with Dolby Atmos, it turns out you can listen to Atmos tracks with any given headphones. Just choose the Always On option in the Apple Music’s Settings and you will be good to go.
at June 16, 2021
Email ThisBlogThis!Share to TwitterShare to FacebookShare to Pinterest
Labels: AppleMusic, Audio, Headphones, Listen, Lossless, Need, on, to, Wired, you