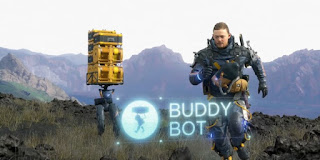 Sony Interactive Entertainment and Kojima Productions announced Death Stranding Director’s Cut last week. But Hideo Kojima, the director of the game, isn’t fond of the Director’s Cut part of the name. He laments on Twitter that he wants it to be called something else.

As part of a two-tweet string, Kojima says that a director’s cut suggests an additional edit to a film to shorten it, or published reluctantly because the director did not have the right to edit it. So calling the PS5 version of the game Death Stranding Director’s Cut implies that the original had cut content.

Kojima says that this isn’t the case in the follow up tweet. Instead of what was cut, Death Stranding Director’s Cut added content. Because of that, the director says that he may have preferred if it was called Director’s Plus instead.

Which makes sense. In fact, we have a very good example of a director’s cut in very recent history. It’s just that the movie wasn’t called director’s cut, and people colloquially refer to it with the director’s name instead. In case it needs to be spelled out, I’m talking about the Snyder Cut.

But considering Hideo Kojima, with all his influence, had to settle for the Director’s Cut being added to Death Stranding, there’s little else any of us can do about it. But for what it’s worth, the game itself, with all its new content, will be available on 24 September.

at July 14, 2021
Email ThisBlogThis!Share to TwitterShare to FacebookShare to Pinterest
Labels: Be, Cut, Death, Director’s, HideoKojima, Plus, Prefers, Stranding, to