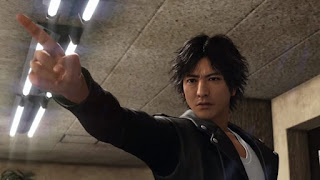 Almost the entirety of the Yakuza series has made its way to PC. So it’s strange that the spin-off series Judgment is still locked behind the confines of consoles. But now we may know the reason why, and it’s likely because of Takuya Kimura’s talent agency.
Japanese showbiz news site Nikkan Taishu reports that the talent agency, Johnny & Associates, and Sega could not come to an agreement over which platform the actor’s likeness can appear on. For context, Takuya Kimura is a very highly rated actor, to say the least, and plays the Judgment series lead Takayuki Yagami. 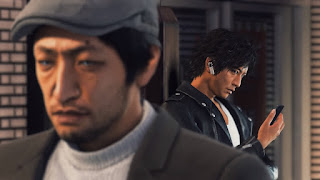 The report says that the agency is very strict when it comes to which platform its actors’ likeness can appear on. The agency also is particularly prickly when it comes to images of its actors being online. And for whatever reason, the agency has decided that this would be a problem if the Judgment series was available on PC, but not consoles from which screenshots are shared around just the same. Maybe inappropriate mods is a concern, but it’s the sort of lack of awareness that the agency seems to be projecting to the audience.

All this is bad news for both Sega and fans of the spin-off series. This is simply because Sega has decided that it’s not good for business if it can’t publish the game series on PC. Makes sense, because it is effectively cut off from a major revenue stream. But as such, Lost Judgment will likely be the last entry in the series. 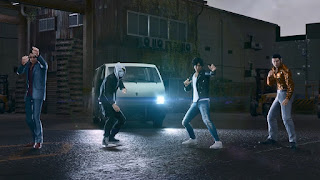 The actor himself, Takuya Kimura, also expresses regret, as the report claims. It’s said that he enjoyed playing Takayuki Yagami a lot, and wants to do more of that, but expressed disappointment when he learned that it would be unlikely.

All in all, it sounds like the people calling the shots at Johnny & Associates have been left behind by the blazing progress of technology. And as a result of them not being able to keep up, gamers are going to be deprived of more entries into a great spin-off series. Sega is also being cut off of a reliable source of income, and a star actor is unable to play a role he enjoys.

at July 14, 2021
Email ThisBlogThis!Share to TwitterShare to FacebookShare to Pinterest
Labels: Agency, Be, is, Judgment, May, not, on, PC, Reason, TakuyaKimura’s, Talent, The, Why