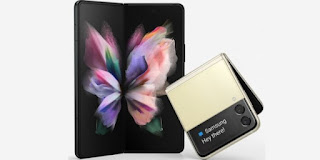 Samsung’s next Galaxy Unpacked event is undoubtedly expected to be the brand’s most exciting product reveal this year, but has remained silent about when it is taking place. Fortunately, thanks to reliable and long-time leakster, Evan Blass (@evleaks), we now have an exact date for the event, along with some product leaks.

According to Blass, the next Galaxy Unpacked event is set to kick off next month and more specifically, 11 August. In addition to that, the man then proceeded to leak several renders of the products that apparently are going to be announced during the event. These items include the Galaxy Z Fold 3, Galaxy Z Flip 3, Galaxy Watch 4, Galaxy Watch 4 Classic, and Galaxy Buds 2. Not only that, Blass’ leaks also seem to suggest that the event could also be when Samsung announces one additional device: the Galaxy S21 FE.

As XDA says, if the latter does become reality, it would most definitely be surprising, considering that Samsung previously pushed the launch of the phone back to the fourth quarter of this year, due in no small part to the ongoing chip shortage.

Now, it goes without saying that Samsung has not released any official date yet and this is still just a rumour. However, given Blass’ track record and reputation, believing the 11 August event date wouldn’t be too far a stretch of the imagination. Guess we’ll just have to keep our fingers crossed and wait.