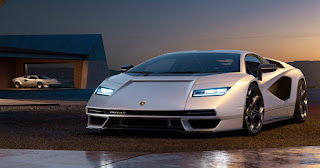 Lamborghini has finally unveiled its new Countach LPI 800-4, which is a fully modernised version of the iconic supercar to celebrate its 50th anniversary. True to what was teased and leaked prior to this, the model will sport a new design and a hybrid powertrain, as well as several new modern additions to both its interior and exterior.

The updated Countach’s redesign isn’t as retro-inspired like Hyundai’s modernisation of its Pony hatchback, which retains most of the car’s original 1975-era aesthetics. Instead, the new model sports a modern wedge design that is similar to current generation Lamborghini supercars such as the Aventador and Sián, while still maintaining some recognisable features from the original. The car also lacks a rear spoiler, which is likely a homage to the original 1971 concept. Another nod to the prototype is the “Countach” branding that is situated on the vehicle’s thin front grille – a design element that is removed from the actual LP400 production model and its successors. 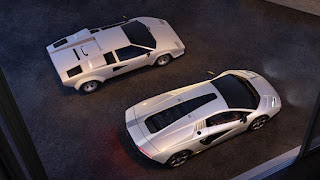 The new car comes with a chassis, panels and other miscellaneous parts that are made out of carbon fiber, giving it a dry weight of 1,595kg. Modern touches include movable air vents and a cool photochromatic roof that can shift from solid to transparent electronically via a touch of button. Of course, no Lambo is complete without the car maker’s signature scissor doors, but Countach purists will be disappointed to know that the new model does not come with pop-up headlights. 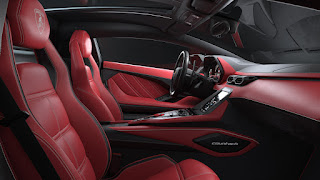 Found inside the new Countach is an interior that somewhat resembles the Lamborghini Sián’s, complete with an 8.4-inch touchscreen for managing the car’s controls. The car maker noted that the infotainment system is compatible with Apple CarPlay, but made no mention of Android Auto. Also found in the interface is a “Stile” button, which enables the system to explain to users (assumingly verbally) regarding the Countach design philosophy when pressed – because why brag about your new car when the vehicle itself can do it for you?

Next up is what most of us are eager to find out: its performance. Under the Countach LPI 800-4 is the aforementioned hybrid powertrain, which consists of a 6.5 litre naturally-aspirated V12 engine and a Lithium-Ion supercapacitor-powered 48V electric motor. This enables the car to generate an output of 770 horsepower (hp) via the engine, and an additional 33hp from the motor – totalling up to 803hp when combined. Lamborghini claims that the supercar is able to go from nought to 100km/h in just 2.8 seconds and features a top speed of 355km/h, which is on par with the Aventador Ultimae and the Sián. 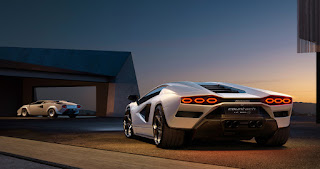 As mentioned in our previous report, the new Lamborghini Countach LPI 800-4 will be a limited release – with only 112 units planned to be shipped in the first quarter of 2022. By the way, “112” is actually a reference to the original 1971 Countach prototype’s internal project name. If you have the cash to throw, you can order the new model at a modest price of only US$ 2.64 million (~RM 11.2 million). For the rest of us who wish to get our hands on this new supercar, our best option is to wait for it to be featured in video games such as Gran Turismo or Forza.
at August 21, 2021
Email ThisBlogThis!Share to TwitterShare to FacebookShare to Pinterest
Labels: Countach, Edition, its, Lamborghini, Limited, LPI800-4, New, Officially, Supercar, Unveils