Malaysia Airports, Volocopter, and Skyports Are Looking Into Air Taxi’s Feasibility In Our Market 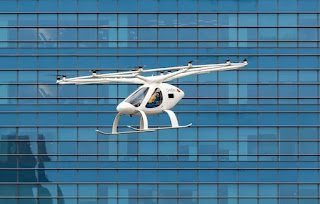 If you may recall, Volocopter last year had announced that it will be launching air taxi services in Singapore within the next few years. We have noted that the decision could have a spillover effect on our market given Malaysia’s proximity to the country and it turns out that could likely be the case indeed.

Malaysia Airports today announced that it has signed a memorandum of understanding with the German urban air mobility (UAM) company, as well as Skyports who is a designer and operator of “vertiport” which is essentially an airport specifically made for air taxis. Both of these companies have actually collaborated before to build VoloPorts in Singapore. 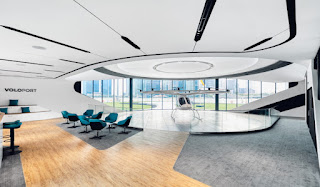 The first result of this MoU will be a feasibility study for the deployment of electric air taxi services at Sultan Abdul Aziz Shah Airport (LTSAAS) which is more fondly known to many of us as Subang Airport. Malaysia Airports are currently planning to turn the airport into a regional aerospace and business aviation hub within the next 5 years through the LTSAAS Regeneration Plan.

Malaysia Airports has also mentioned in the joint announcement that the study will also involve other locations throughout the country. However, don’t expect to be able to ride a Volocopter from Subang Airport anytime soon though because even if everything goes well, it is going to take years for that to become a reality.

Just take Singapore as an example: it actually took Volocopter around one year before the company were able to perform the first manned flight at Marina Bay and another year to officially announce its commitment to roll out air taxi services over there. As you may know, things are likely to be more challenging here in Malaysia but nevertheless, we will continue to closely monitor the development of this partnership as it progresses.
at August 11, 2021
Email ThisBlogThis!Share to TwitterShare to FacebookShare to Pinterest
Labels: Airports, AirTaxi’s, and, Are, Feasibility, in, Into, Looking, Malaysia, Market, Our, Skyports, Volocopter