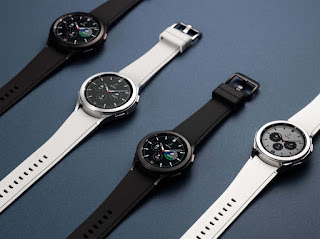 Along with the Galaxy Z Fold 3, Samsung Malaysia has also confirmed the local preorder price and date for the new Galaxy Watch4 series. Much like the former, orders for the upcoming smartwatches will be open this Thursday on 19 August until 21 September 2021.

The company revealed that the standard model of the Galaxy Watch4 will be priced at RM 999 for the 44mm variant, and RM 899 for the 40mm. The larger version will be available in Black, Green, and Silver colours, whereas the smaller version arrives in Black, Pink Gold and Silver options.

Meanwhile, the pre-order prices for the more premium Classic models of the Galaxy Watch4 are RM 1,399 for the 46mm size, and RM 1,299 for the smaller 42mm. Both of these are offered in only two colour options: Black and Silver. 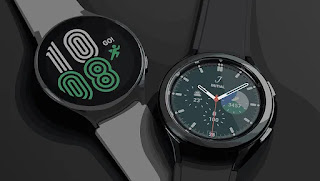 Samsung noted that all four Galaxy Watch4 models that will be on preorder are only the Bluetooth versions of the wearable. The company did not mention whether it is planning to bring in the LTE version at a later date, but we can safely assume that the watches sport a slightly higher price tag when it does eventually arrive.

You can pre-order the new wearables via the brand’s official Experience Stores, Online Store, and authorised partners. As a special promotion, Samsung is also giving away e-vouchers for its official Online Store worth up to RM250 to those pre-ordering the new Galaxy Watch4 series while stocks last.