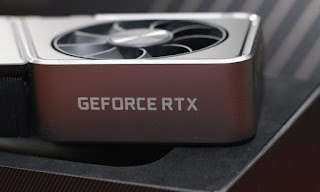 NBMiner, a software used for cryptomining, recently released a new tool that is supposedly capable of enabling as much as 70% of the original mining performance of a Lite Hash Rate (LHR) version of an NVIDIA GeForce RTX 30 series graphics card.

As some of you know, NVIDIA’s relationship with cryptominers has always been delicate; the group has undeniably been one of the GPU maker’s biggest contributor to GPU sales, hoarding every GPU they can get their hands on, while leaving consumers and actual, bonafide gamers that really just want to game, empty-handed.

Make no mistake, NVIDIA has tried its darndest – bless them – to alleviate the GPU shortage in recent times, first by creating mining-specific GPUs, followed by current release of LHR-based GPUs. In regards to the latter, the company did have a couple of hiccups with the execution of the limiter, the most prominent being the dummy plug bypass employed by miners with their RTX 3060 cards.

To be clear, the NBMiner tool doesn’t “unlock” the performance of the LHR cards. What it does do is allow the miner to make adjustments to the value that is used, to determine the GPU’s maximum unlockable hashrate. In this case, the developer of the tool recommends that miners use 68% specifically, therefore enabling the LHR GPU to mine Ethereum at 68%. And not at NVIDIA’s 50% limited hashrate.

At this point, it is hard to say if NBMIner’s tool will entice miners to pick up LHR cards, considering that it still isn’t the full 100% hashrate efficiency of the card. But, as pointed out by Videocardz, 68% is still a lot better than 50%.