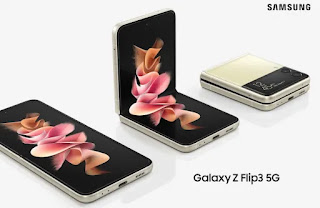 Alongside the Galaxy Z Fold3 and Galaxy Watch4 Series, Samsung has also announced the pre-order program for another new device that it has announced last week at the Galaxy Unpacked August event. Just like its higher-end sibling, the Galaxy Z Flip3 will also be available for pre-order in Malaysia starting from this Thursday, 19 August onwards.

True to the information from last weekend, the Z Flip3 will indeed be priced at RM3,999 for the 128GB model while the 256GB variant goes for RM4,199. Regardless of the storage option, the Z Flip3 is certainly much cheaper than the original Z Flip which was released in Malaysia last March for RM5,888. 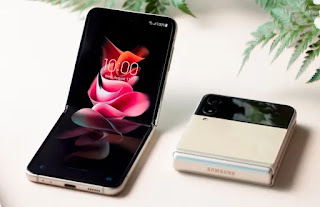 Meanwhile, pre-order customers will be provided with an e-voucher worth RM 600 that they can spend at Samsung Malaysia’s e-Store. Additionally, they will also receive Samsung Care+ 1-year protection plan for their new Z Flip3 which is in line with the global announcement last week.

That being said, the Samsung Care+ protection that will be provided in Malaysia is full coverage as opposed to certain markets. To last until 21 September, the pre-order program for Z Flip3 will be available through Samsung Malaysia’s e-Store as well as physical Samsung Experience Stores and Authorized Partners all over Malaysia.

at August 16, 2021
Email ThisBlogThis!Share to TwitterShare to FacebookShare to Pinterest
Labels: 19August, At, Begin, Galaxy, on, Pre-order, Price, RM3999, Samsung, Starts, to, ZFlip3