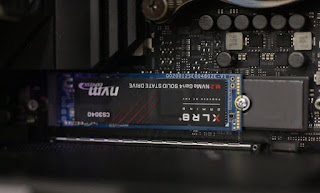 Microsoft seems to have backtracked on one of its major feature for Windows 11, DirectStorage. Instead of keeping it an exclusive feature for the future OS, the company has decided that it will be making it available to Windows 10 as well.

To recap, DirectStorage is a technology that is designed to maximise the performance of a game by “enhancing” the link between its storage medium and the onboard GPU. If this sounds familiar, it’s because the technology is similar to that of NVIDIA’s RTX IO that the GPU maker announced last year, although the feature still isn’t available to the public. Through the feature, NVIDIA says that its feature should offer up to 100 times faster drive performance, while also offloading a major chunk of data utilization from the system’s CPU.

Moving forward, Microsoft says that any game that was built to make use of the DirectStorage SDK should technically be compatible with Windows 10 version 1901 or newer. That said, it should be noted that Windows 10 will be making use of a legacy OS storage stack, instead of the upgrade OS storage stack that will be available in Windows 11.

at August 11, 2021
Email ThisBlogThis!Share to TwitterShare to FacebookShare to Pinterest
Labels: Available, DirectStorage, Make, Microsoft, on, to, Windows10