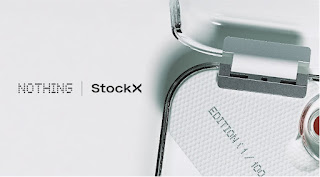 Even though the launch event will only take place on 27 July, you are now able to get your hands on the Ear (1) true wireless earbuds which are the first product from Carl Pei’s new company, Nothing. Well, at least the first 100 units of the earbuds as it has been made available by the company for bidding through StockX earlier this week.

As you may know, Carl is one of OnePlus’ co-founders but left the smartphone company last year not long after the launch of the Nord series. He then established Nothing in late October 2020 before officially announcing it to the world in January this year. 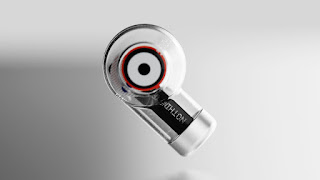 In March, the company then showed off the prototype of its true wireless earbuds which are called Concept 1 and are said to represent Nothing’s design principles. Fast forward to May, the Ear (1) was confirmed as its first product to be released into the market.

While the company originally said that its first product will be launched within the first half of the year, Ear (1) missed the mark by a month but nevertheless, the listing at StockX marked the first time that the Ear(1) is being made available to consumers. Nothing also took the opportunity to reveal the design of the charging case for the earbuds via the marketplace which is more known to sneakerheads and hypebeasts. 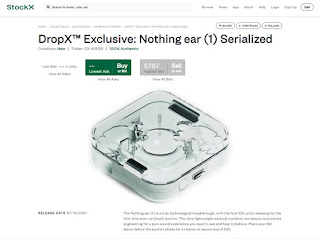 To make them special, each of these Ear (1) will be engraved with the number between 1 to 100 which signifies their nature as the first set of earbuds to be produced by Nothing. While Carl has said that the Ear (1) will be priced at US$99 (~RM419), the highest bid shown on the StockX listing is currently much higher at US$787 (~RM3,325) which in a way may signify the hype that Nothing may possess right now in anticipation for the launch of the earbuds later this month.
at August 11, 2021
Email ThisBlogThis!Share to TwitterShare to FacebookShare to Pinterest
Labels: 100Units, Available, Earbuds, First, New, Nothing’s, Now, of, StockX, The, Through