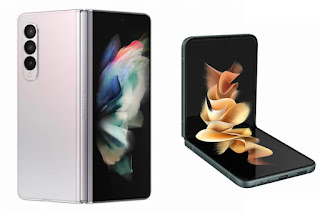 Over the years, leaks have become a common thing in the tech industry, especially within the smartphone world. At times, they even come directly from official sources through accidental releases such as what happened earlier this week for Samsung.

With just mere days away before their official unveiling event which will take place tomorrow night, 11 August, it seems like Samsung Malaysia has accidentally published a 30-seconds ad for the new Galaxy Z Flip3 and Fold3 on YouTube. While the company has swiftly pulled it out from distribution, eagled-eyed Redditor paxinfernum has captured and uploaded the video onto Reddit. 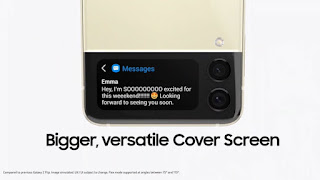 In general, the video has confirmed the exterior design of both foldable devices which have been extensively leaked before especially by WinFuture. Among features that the short video has highlighted includes the larger Cover Screen on Galaxy Z Flip3 and S Pen support for Galaxy Z Fold3.

Interesting enough, the video also includes a fine print which noted (heh) that the device is able to support two different S Pen variants. One of them which is called the S Pen Fold Edition is designed exclusively for Galaxy Z Fold3 while the other one is called the S Pen Pro. 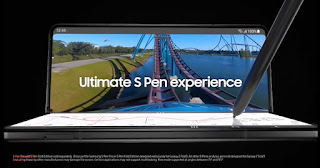 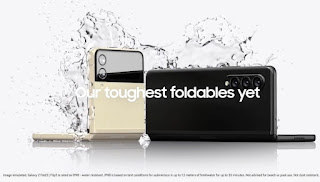 Additionally, there is also another fine print written on the video which also said that both foldables are IPX8 devices and have been tested up to the depth of up to 1.5 meters for 30 minutes. However, the fine print also pointed out that the test was done with freshwater and these devices are not advised for use near the beach or pool.

Furthermore, they are also not dust resistant which is something you may have figured out from their single-digit IP rating. However, the video didn’t provide other details such as pricing or release dates for Malaysia which are the very few details that Samsung still managed to keep as secrets. 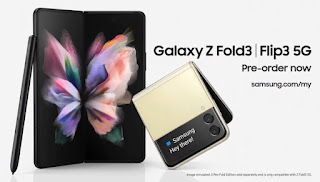 Nevertheless, do keep a look out for our coverage regarding these new Galaxy devices once they make their official debut or you can tune in live to the Unpacked launch event at Samsung Malaysia’s official website.
at August 21, 2021
Email ThisBlogThis!Share to TwitterShare to FacebookShare to Pinterest
Labels: Advert, and, Flip3, Fold3, Galaxy, Leaks Out, Official, Samsung, Z