Steam Deck UI Will Replace Big Picture In The Future 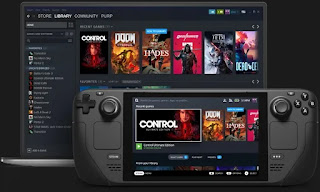 Valve announced the Steam Deck last week. And while there’s a lot to say about the hendheld gaming PC, as the company touts it, it notably has a UI that’s quite good looking. And at some time in the future, it will replace the Big Picture mode on the digital storefront.

This came from a Valve moderator, austinp_valve, as an answer to a question in the Steam forums. But while they said that it will happen, there’s no date as to when it is going to happen. But chances are it will happen later rather than sooner. 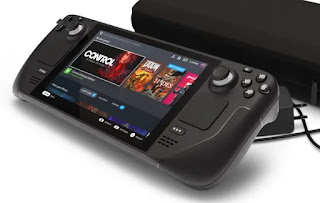 Some would say that it’s about time that the Big Picture mode got an update or overhaul. As PC Gamer points out, it was first added in beta back in 2012, but the last time it got updated was all the way back in 2015. But the Steam Deck UI is likely more an overhaul than an update to Big Picture, as on the surface they look nearly nothing alike.

And all things considered, this may be the only way Malaysians can experience the new UI. Valve doesn’t usually bring in hardware to our shores, if the company’s Index and Steam Controller were any indication. Hopefully things will be different with the Steam Deck, but the company’s history doesn’t paint a pretty picture.

at August 10, 2021
Email ThisBlogThis!Share to TwitterShare to FacebookShare to Pinterest
Labels: Big, Deck, Future, in, Picture, Replace, Steam, The, UI, will