TSMC is reportedly increasing the prices of its chips, the company told its clients earlier in the week. According to a report by WSJ (paywall), the semiconductor manufacturer plans on raising its prices by as much as 10% for its advanced chips and 20% for less advanced components.

The announcement clearly isn’t happy or welcoming news, given that the world is still suffering from an ongoing chip shortage that many experts and industry leaders say could last well into 2022 and the early months of 2023. On top of that, TSMC’s price hike will most definitely be reflected within the final bill of finished products that use its components.

That list, by the way, unsurprisingly includes electronic goods like laptops, phones, PC components, and game consoles like the PlayStation 5 and Xbox Series X. Product that, by the way, are made by equally big name brands like Apple, AMD, NVIDIA, and Qualcomm, to name a few. 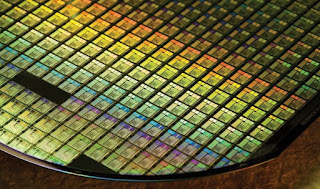 There is, of course, a silver lining of sorts in TSMC’s announcements. Raising the prices means that, for the first time since the pandemic began, demand for its chips could ultimately reduce and, in turn, take some pressure off already constricted supplies. At least, until its new factories in the US and Taiwan become operational.
at August 31, 2021
Email ThisBlogThis!Share to TwitterShare to FacebookShare to Pinterest
Labels: 20Percent, Allegedly, Amidst, by, Chip, Increasing, Ongoing, Prices, Shortage, TSMC