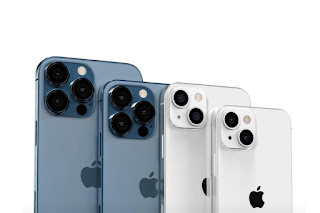 The iPhone is one of the most popular of phones for the general public. But its next iteration is about to come with something that’s not usually for mainstream use. Analyst Ming-Chi Kuo predicts that the iPhone 13 will come with, of all things, support for satellite communications.

AppleInsider reports that in a note to investors, Kuo says that this will be made possible thanks to a modified Qualcomm X60 modem chip. This prediction is based on the company’s work with Globestar, a provider of such a service. And by extension, the analyst also predicts that Apple will be working with Globestar for its satellite comms tech for the iPhone 13.

For now, it’s not stated what sort of modifications Apple will be doing to the Qualcomm X60 modem for this to work. Though if the company can do so without changing the expected look of the iPhone 13, it will be an impressive feat. At least when you consider most satellite phones look like feature phones. Kuo also notes that other phone makers looking to give their devices satellite communications will have to wait until next year, for the Qualcomm X65 chip.

Kuo claims that this will be just the first Apple product to use satellite comms. In the future, the analyst predicts that the iPhone maker will also be using said tech to supplement other products like Apple Car. But as for the iPhone itself, it remains to be seen if the tech will debut in this year’s series or the next. After all, it’s possible that this year’s batch will be called the iPhone 12s.