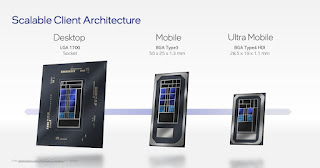 We more or less know what the specifications of Intel’s upcoming 12th generation Alder Lake Core i9-12900K are, but little is still known about the processor’s non-K variant, the 12900. That is, until now.

According to Videocardz, evidence of the 12900’s existence made its way online due to what it says was the carelessness of an engineer at the ASUS HQ. Details of the 12900 sprung up on the UserBenchmark site, along with information of the other components it was tested with, chief among them being an ASUS ROG Maximus Z690 Extreme motherboard. That, and a single stick of Crucial 16GB DDR5 RAM, clocked in at 4800MHz.

Changes between the 12900K and 12900 are minimal, the main differences being that the non-K variant of Intel’s top-of-the-line Alder Lake CPU isn’t overclockable. To that end, the CPU’s base and boost clock is locked at 2.4GHz and 4.25GHz, respectively. As for its core count, it also retains the same hybrid 16-cores, 24-threads configuration.

Performance-wise, the 12900 scored 114% in the UserBenchmark test, along with a 214 single-core score and 2510 points in the multi-core segment.

On another note, an image of the 12900KF has also leaked, showing both its front and grid array. Again, it shares nearly identical specifications as the 12900K, save for the lack of an integrated Xe graphics core.

Intel is expected to launch its 12th generation Alder Lake lineup sometime next month but did not specify an exact date. However, a recent posting by MSI suggests that that date is set for 4 November.