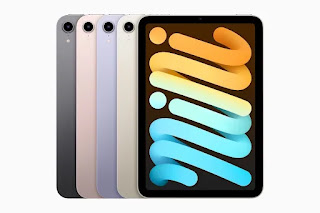 It looks like the iPhone 13 Pro models aren’t the only newly launched Apple products experiencing display issues. According to 9to5Mac and The Verge’s Dieter Bohn, exhibited on the company’s new iPad mini 6 is a wobbling effect that occurs when content is moving quickly on screen when used in portrait mode.

The issue, also dubbed as “jelly scrolling” by both sources as well as owners of the tablet, is easily noticeable when scrolling up or down on a web page or certain apps (ie: social media). As demonstrated by Bohn in a Twitter post, it appears that one side of the 6th gen iPad mini 6’s display is refreshing slower than the other, thus causing content to appear as if it is wobbling. Strangely enough, he notes that the effect is not present when using the new tablet in horizontal orientation.

It looks like that this isn’t an isolated issue either, as an owner told 9to5Mac that the wobbling effect is also present on all iPad mini  6 demo units that are displayed in their local Apple Store. The company has yet to acknowledge and address the flaw, and it is still uncertain whether it is caused by the tablet’s LCD panel, its display controllers, or by its firmware/software.

Apple recently responded to the iPhone 13 Pro series’ refresh rate issue and promised to roll out a fix soon. With that, hopefully the company would also follow up on the 6th gen iPad mini and offer a potential solution for the display’s wobbling effect problem. 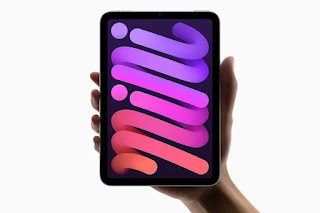 As previously reported, the iPad mini 6 will retail at a starting price of RM2,299, but its expected arrival in Malaysia has not been determined at this time. Meanwhile, all four iPhone 13 variations, which includes the standard, mini, Pro and Pro Max models, are slated to arrive locally next month on 8 October.