China’s SMIC To Invest US$8.87 Billion Into New Chip Plant 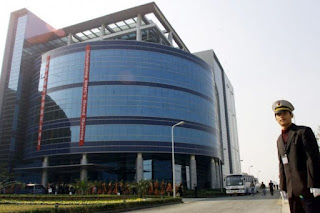 Semiconductor Manufacturing International Corporation (SMIC), the Chinese chipmaker that came into the spotlight at the height of the US sanctions imposed by the former Trump administration, is set to open up a new foundry. The new plant will be based in Shanghai and is expected to compete with other chipmakers, such as TSMC and Samsung.

To that end, SMIC says that it is prepared to invest upwards of US$8.87 billion (~RM36.77 billion) into the facility’s construction and has even signed an agreement with a government-back entity for the city of Shanghai. Specifically, the area in which the plant is expected to be built will be located within the Lingang Special Area of China Pilot Free Trade Zone.

Once the plant is ready, SMIC says that it plans to have the foundry ready to fabricate and churn out as many as 100000 wafers per month. As for the nature and size of the chips, reports say that the plant will be using 28nm production technology and older, rather than more modern and thinner wafers. For that matter, these larger chips are used in the production of image sensors, Wi-Fi chips, and microcontrollers, among other components that are currently in short supply globally. 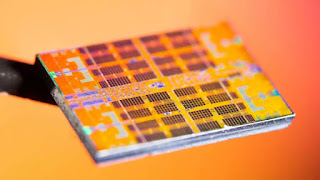 The chip sector and its manufacturing process have been a flashpoint between the US and China, ever since the former began imposing sanctions on Chinese companies back in 2019. As many of you will remember, Huawei was the first casualty in the ongoing trade war between the two economic powerhouses. Then, back in September last year, the US instituted a ban on SMIC, citing national security concerns and reports that the chipmaker was involved with the Chinese military.

It also doesn’t help that the US is currently trying to block Wise Road Capital, a China-based private equity group, from purchasing the Korean Magnachip Semiconductor Corp for the sum of US$1.4 billion (~RM5.8 billion). Unsurprisingly, the US says that such an acquisition by the firm poses a risk to the “national security of the United States”.

at September 08, 2021
Email ThisBlogThis!Share to TwitterShare to FacebookShare to Pinterest
Labels: China’s, Chip, Into, Invest, New, Plant, SMIC, to, US$8.87Billion